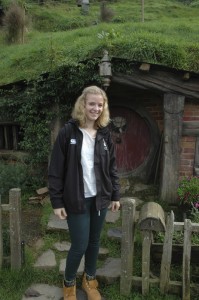 After a long flight I arrived in Auckland (New Zealand) in January.  NZEE showed us around on the first weekend and we saw a few famous things around Auckland. Our host families picked us up at the end of the weekend and brought us to our new and second home.

A few days later I had to manage another really excited thing…the first day at school!!!  I was so excited and nervous that I thought: “oh no I can’t do this!”. The really friendly staff at my College welcomed me and I met a lot of other students in the same situation like me. I managed my first day and I have to say that I couldn’t wait for the second one. I was so happy, because everyone was really nice to me and I really liked my new subjects, of course the first lessons were really hard for me to understand, especially Biology and Drama.  I travelled with my host family which was really amazing and great to see more of New Zealand than Auckland.

In the second term I also started to play lacrosse a new sport for me, but I had so much fun. My team was amazing and we actually won a few games

Of course I also went to a Rugby game…  I was surprised but I liked it so that I visit the stadium a few times.

Another big event was the school ball…we don’t have it in Germany so I really wanted to go…I also had a date and I hired with some friends a limousine that brought us to the event…the evening was awesome.

I went with the school to Hobbiton, I enjoyed it, because I know the movies.  And I shouldn’t forget the two trips that I did with NZEE! One was to the Bay of Islands…It was so much fun, because we were only 5 people and Rachel from NZEE showed us so much…I was impressed!!! The second trip to Goat Island was also so amazing, because we went snorkelling with fish all around us!!!…. I have to say that it was an awesome adventure!

In this half year I made some really good friends, not only NZ people. It was an amazing time and I will never forget this. I would do it again if I could and of course with NZEE

In a few years I will come back and show my family my second home New Zealand!!! 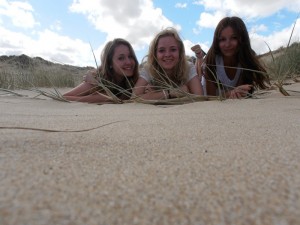 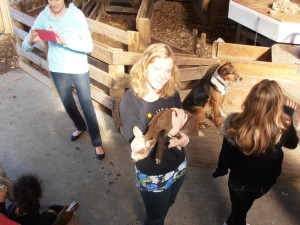 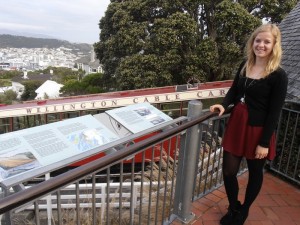 After one year in Auckland, New Zealand my exchange is over.  All in all it was a great experience for me. I made so much progress and learned so many new things that I could not imagine where I would be now without these experiences.  It all started last year with my flight via Dubai to Auckland.

After a 3 day preparation meeting organized by NZEE I came in my homestay and my New Zealand experience began. Over my time here I stayed with a very nice homestay in Glenfield, North Shore and attended Glenfield College. My College here in New Zealand was one of the smaller colleges but the atmosphere was quite familiar and welcoming from the beginning. However, I needed at the beginning a few weeks to get used to the new culture and the fact that I stayed thousands of kilometers away from my family and friends.  I integrated myself quickly in school sports teams and found a lot of new friends. Over the year I tried out a whole lot of different sports like Tennis, Soccer and Touch Rugby which is quite popular in Kiwi schools. There were huge differences between my German and New Zealand school. Some of the subjects like Cooking, Media Studies or Boat Building are not common in Germany but are very popular in New Zealand. All in all I enjoyed the daily school life in New Zealand because it was quite relaxed and diversified in my opinion. I also did quite a lot of tours during my stay. The highlights for me were definitely the trip in the capital Wellington, two trips around the South Island and on top of that a great trip to Fiji organized by NZEE. I did a lot of amazing things on my trip like a Bungee Jump in Queenstown and Snorkeling in Fiji.  The second half of my exchange the time was flying so I’m quite sad my year in NZ is over.  Nevertheless, it was a great experience for me and I would recommend everyone to do such an exchange because it really was amazing! 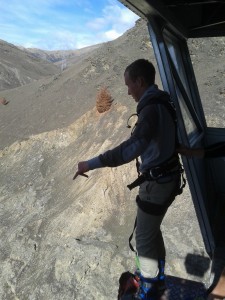 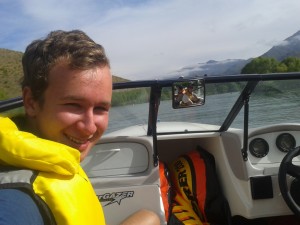